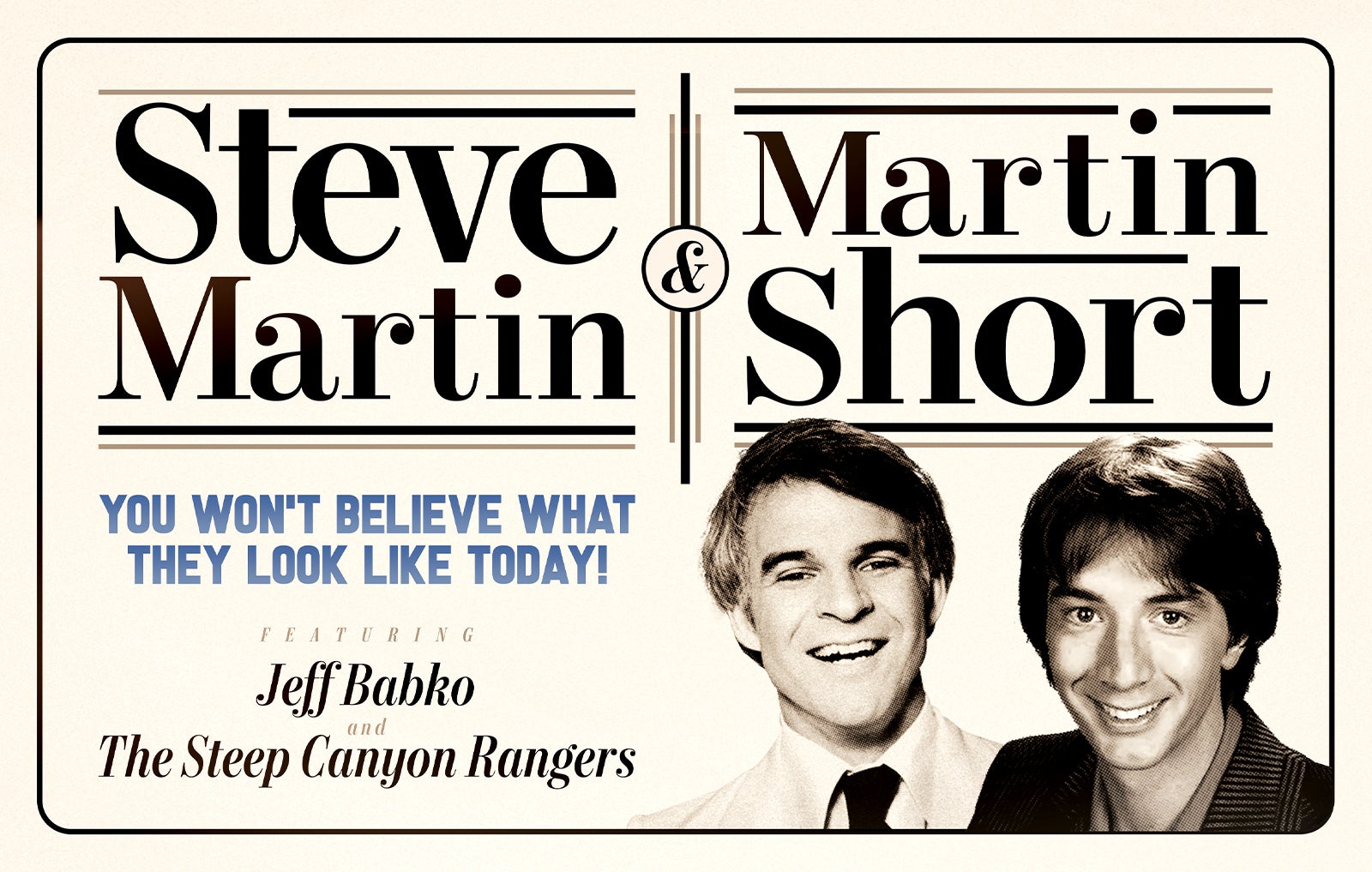 STEVE MARTIN & MARTIN SHORT You Won’t Believe
What They Look Like Today!

Steve Martin and Martin Short’s “You Won’t Believe What They Look Like Today!” is a show that redefines the form in unexpected and profound ways, from two of the funniest, most influential and acclaimed talents of the past century. Their humor is often subversive, but it is always a joyous self-deprecating romp from two comedy masters driven to make each other laugh as much as the audience. The jokes come at you at a rapid-fire pace with little set-up and big punch lines as they mock Hollywood and the fickle nature of celebrity, but the comedy truly soars when they lovingly (and relentlessly) roast each other. Martin and Short’s chemistry and timing on stage reflects a friendship forged over three decades which developed when they met for the first time on the set of the 1986 film “Three Amigos.” These two titans of comedy have been touring together since 2015, when they launched their first live show entitled “A Very Stupid Conversation.”